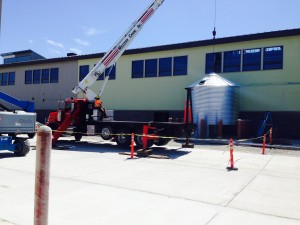 RainBank is honored to be currently building two 18,000 gallon rainwater collection tanks for the Army Corps of Engineers at Joint Base Lewis-McChord, WA. Both tanks will harvest rainwater to be used for for wash down and toilet flushing.

RainBank salutes our men and women in uniform.