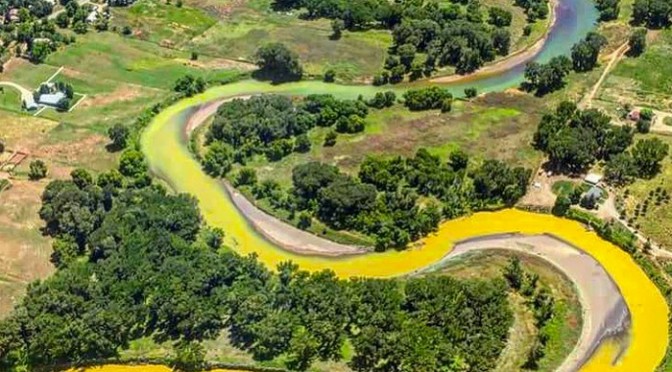 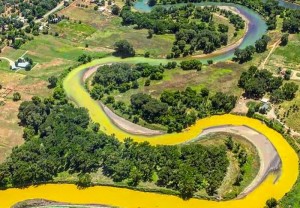 The AP story further reports, “Over the long term, these metals can seep into the surrounding water table, potentially polluting drinking wells. The EPA has offered free water testing for homeowners with wells close to the river, but it’s unclear how long that offer stands.”

CBS News reports “Toxicologists say those people who live along the Animas River could be ingesting the contaminated water in any number of ways, such as drinking it or showering in it.”

As we talk about heavy metals being released into our waterways, the keyword here is HEAVY. While some will flow and be naturally flushed away, a great risk is that toxins will sink to the bottom and remain in the water, continuing to contaminate even after the yellow color dissipates and the water begins to appear to be normal.

In its article Rainwater Harvesting Can Create Safe, Decentralized Water Supplies, The American Rainwater Catchment Systems Association (ARCSA) reports, “A well-designed, installed and maintained rainwater harvesting system can provide significant amounts of high-quality water for potable and non-potable, residential and commercial use. Even in the arid Four Corners area of this spill, ample water can be harvested.”

It’s time for all states to begin allowing rainwater collection for potable and non-potable use, so individuals and businesses can harvest water for their own health and well being.