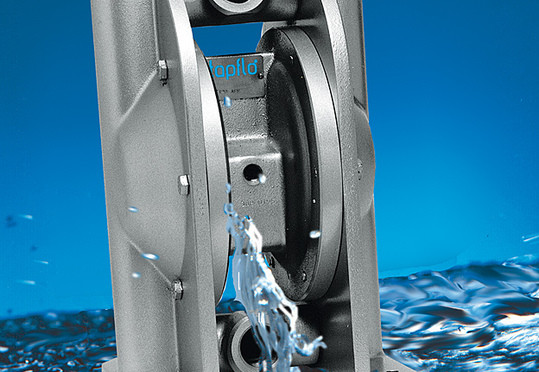 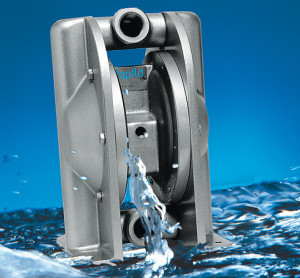 Although centrifugal pumps are the most common type of pump used in rainwater collection systems for both sump pumps and pressure pumps, diaphragm pumps could be used in some applications.

The diaphragm pump, or positive displacement pump, uses a flexible membrane that separates the pump housing into two separate chambers. The membrane is pushed or pulled by mechanical means to enlarge or collapse a chamber, forcing the fluid to discharge. Non return valves are used on both sides of the diaphragm to prevent back flow. Electrical, mechanical, or manual can be the power supply for a diaphragm pump. A hand pump is a piston type diaphragm pump and used throughout the world, where there is no source of a power supply.

Air, chemical, and liquid can be pumped with a diaphragm pump with high efficiency. However, because of the reciprocating mechanical action or “pulsating” that occurs, a diaphragm pump would not be suited where a “steady flow” is desired .  Diaphragm pumps are very efficient in suction lift and, in some cases, could effectively be used to transfer water from a sump well below the the desired cistern location.

A more common use for a diaphragm pump in a rainwater collection system is a small air compressor used to keep large amounts of stored water from going anaerobic or with chemical treatment such as chlorine, if required.