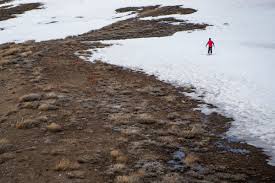 While rainfall amounts in Washington State are at 100%, it is the snowpack that has Governor Inslee expanding drought declarations.

Urban water supplies expect to be unaffected; the reservoirs are about where we want them to be. “The snow pack above Coulee Dam is running above normal”, according to Michael Hansen, Bonneville Power Administration. Hansen goes on to say, “We’re not anticipating that we’re going to have any problem meeting our obligations”. 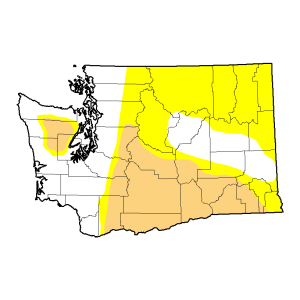 The reduced snow pack and its limited runoff, will have a negative effect on in stream flow rates in most of our rivers this summer. Joe Stohr, Department of Fish and Wildlife, commented that “Drought could also reduce streamflows that make it harder for fish to migrate.” It is expected that rural areas will see more of the effects than urban areas such as Seattle, Tacoma, etc. But, this could change, as we get further into the normally drier months.

Most of us aren’t even aware that the last statewide drought declaration was in 2005, because of large reservoirs and reserves. We’re fortunate for our climate and our mountains to make drought conditions short lived. With a little conservation and emergency procedures for irrigation of our farmlands, little effects on our lives will be experienced. Reduction of demand on wells will help our in stream flow rates, and temporary closures or limits on fishing will help our salmon. Conservation now rather than waiting to see what happens is good policy. While it is unlikely we will ever see drought like California is experiencing, we should practice measures to ensure our natural habitat and protect it for future generations in Washington State. Simple conservation techniques will support a healthy environment and balance of our eco system.