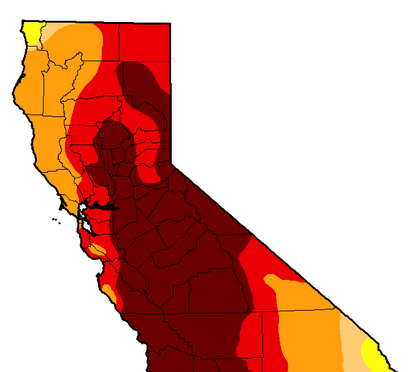 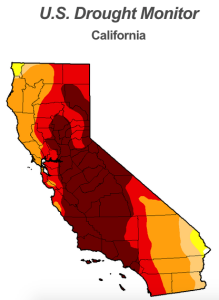 The news is exploding with commentary on every angle of the drought in California, pitting industry against the general public. With all the posturing of a political thread on Facebook, opposing sides are slinging blame, “the other guy needs to do something” and coming up with “facts” as to why.

A  20% voluntary reduction failed miserably across the board and with 99% of the state feeling the effects of drought and 66% in “extreme or exceptional” drought (according to the US Drought Monitor), it is now clear to all that action needs to be taken immediately — and by all. Governor Brown’s mandatory restrictions of 25% is a start, but they need to be implemented collectively. Limiting lawn watering and driveway wash down,  while a help,  is not going to be the fix. The affluent will simply pay the fines, leaving the burden on the less wealthy, and will also not generate much in the way of water savings. It is difficult to see where anyone has taken proactive drought measures to date, instead relying on “the other guy needs to do something” attitude.  The drought issue should have been appropriately addressed a few years ago. After four years of drought, not much has action has happened, other than to drill deeper.

The solution is for all to collectively to come together and adjust our lifestyle (public) or operations (industry) for the good of all. Simply hoping that the drought will end naturally in another year will most likely end with the same results as this past year’s use, showing more consumption than ever.

We must stop taking water for granted. We turn on the tap and don’t think about the fact that there might not be enough. We’ve never had to worry about it before, so why should we now?

The greatest impact will be made by increasing the price of water – keeping in mind that there needs to be water available for basic needs such as hydration, hygiene and food production. This does not mean high water use agriculture should continue with business as usual.  It may be time to plan for a more sustainable crop based on nutrition needs and resource availability, rather than high profits. Fracking for natural gas and oil in the drought area should be restricted at best, if not halted immediately and the general public should also curtail unnecessary water use.

The drought is a crisis, not an inconvenience. Stalling the fix by means of fighting over the water will end up in a disaster that none of us will be able to live with. A concerted effort, along with a huge change in policy with adherence is needed for long term solutions to this drought.

California has a chance to show the world what its government, people and industry can do in the face of a natural disaster – or they can show us the alternative of what we may indeed have become.